THE TRUTH:
We are all one.
We are awakening to that truth.  We feel it in our bodies and our connection to Mother Earth.  We experience it with each breath, that invisible creative substance that everywhere surrounds us, that Divine Wisdom that Jesus called Our Father and the quantum physicists now call consciousness or the quantum field.

Have you noticed the changes, the powerful demonstrations that prove an evolutionary leap in human consciousness has occurred?  If you’re like me, you might have felt a letdown after 2012.   If you’re my age it might have reminded you of the disillusionment after the Harmonic Convergence (fall, 1987) when everything was supposed to change yet the AIDS epidemic raged on and the Reagan years continue with Bush senior being elected president.  Looking back, it’s clear that something had indeed shifted. The AIDS crisis galvanized the LGBT communities.  We gained a new level of visibility and power as we refuse to be ignored or go away and demanded respect, compassion and full citizenship. People began to take responsibility for their own spiritual and healing journeys as the 12-step movement blossomed along with yoga and a new kind of personal spirituality.

In 2012 we passed another threshold that is now being demonstrated in groundbreaking world events.

THE TRUTH:
-In 2012 Barack Obama was re-elected President of the United States and is now on his way to completing his successful second term.
-Gay marriage is now the law of the land.
-The Pope has stepped forward as a true (some might even say radical) champion of Christ’s teachings stating, among other things, that “Inequality if the root of all evil.”

Fifteen, even ten years ago few people would have believed the above truths could be possible, certainly not this soon, and these are just an outer reflection, the tip of the iceberg, of an evolutionary leap that has been coming on for quite some time.

THE TRUTH:
We, you and I and our human family, are the cutting edge of a Divine Experiment, a Cosmic Love Affair as expressed beautifully in the following poem some ascribe to the 14th century Sufi Mystic, Hafiz:

Even after all this time
The Sun never says to the Earth,
“You owe me.”
Look what happens with a love like that, 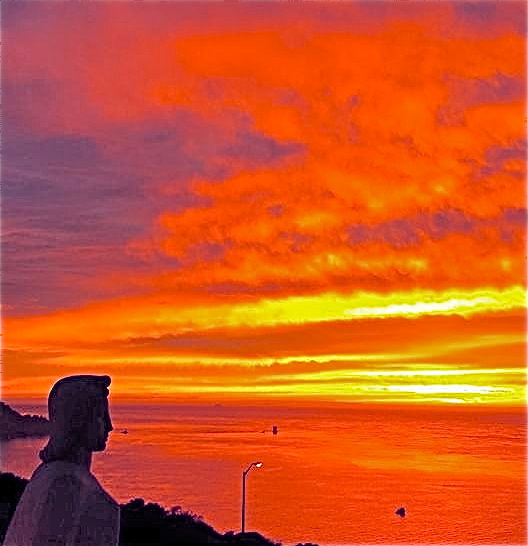 It lights the whole sky.

Not only did it light the whole sky, it blossomed the miraculous abundance of life on this planet.  We are the pinnacle, the crowning achievement of that Love Affair.  And, it ain’t over!  The Sun still shines and the Earth still spins loving in its radiant glow. Quantum physics has moved science beyond cause and effect into the miraculous.  They call it the quantum field and it brings science into harmony with the saints, sages and mystics, and the great spiritual teachings throughout history.

THE TRUTH:
We are not separate from God/Source/Consciousness/the quantum field.  We are a part of it, a conscious, aspect of the God Force, alive within our own creation with all the creative power that that implies.

Those of us alive and conscious on the planet today have the auspicious gift and awesome responsibility to make the evolutionary leap from cause and effect into the Miraculous.  That is what we are coming together to do on the weekend of October 16-18.

When we talk about authentic connection we are not just talking about recognizing this TRUTH, but admitting it, letting it in and allowing this TRUTH to saturate our being — mind, body and Soul — leaping beyond the mental concept into the experience.
That is our intention for this retreat.

I’m honored & inspired to be facilitating with Rev. Joan & TJ.
Our intention for the weekend is to create an experience that takes us into the Heart, deepening our authentic connection
with LIFE, SPIRIT, OURSELVES & EACH OTHER.